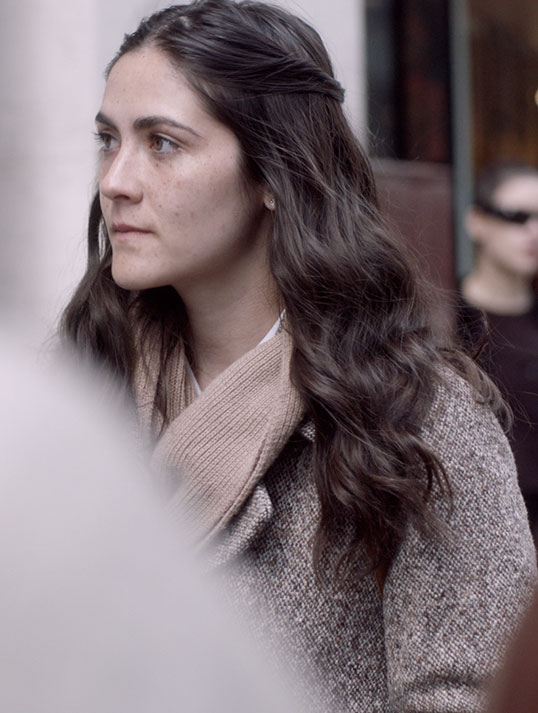 The Story
The Story
Based on true events and set in New York City, TAPE is the story of two aspiring actresses who cross paths with the darker side of the entertainment industry.

TAPE follows Rosa (Annarosa Mudd), an actress who, in order to inspire her own courage, pierces her tongue, cuts her wrists, and shaves her head, as a ritualistic homage to Shakespeare’s Lavinia from Titus Andronicus, and secretly places hidden cameras on her body as well as in a dark studio.

Rosa begins to stalk another actress, Pearl (Isabelle Fuhrman), who she identifies as the next “protege” of a successful producer, Lux (Tarek Bishara).

But as Pearl and Lux enter the targeted studio, and Rosa collects and edits footage, she, and we, must all sit through an endless day of Lux’s screen test process, and the grey areas of pressure that women experience when being coerced by a powerful man. As Rosa peers into her own past experiences playing out before her eyes, she is forced to question whether her revenge-fueled goal of revealing what goes on behind these closed doors is worth what it takes to do so.

Provocative and brutal, TAPE rips the audience away from the dominant male gaze in Hollywood and plunges us into the female experience. This film addresses burning societal curiosities, taking the audience into the room where questionable behavior goes unseen, finally answering the question “how could this kind of thing happen?” More than a film, TAPE is a visceral moment-by-moment unveiling of the way ambitious and everyday women are systematically coerced and taken advantage of.

My interest in and efforts to find a cinematic language that shifts from the male gaze to the female experience are captured with a tilt shift lens to create the effect of a hidden camera that is searching for that female experience throughout the beginning of the film. As viscerally experienced by a difficulty in finding focus, it is clear how difficult it is to know, find, and capture the female experience. However, the payoff at the end of the film is worth the uncertainty of the search. While the script was written prior to the #metoo movement, we were only able to secure financing after it began. However, this film was not made to be a #metoo movie, or a political statement. It was made to honor my dear friend's experience, which is fully articulated in the film. It certainly coincides with the #metoo movement, but rather than being black and white, TAPE is exploring the grey areas. And doesn't hold back from showing how brutal things really are. 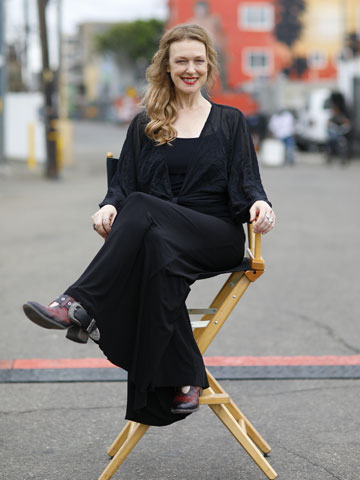 Deborah Kampmeier is an award-winning filmmaker who has been making groundbreaking films about violence against women decades before the #MeToo movement began.

Kampmeier's first feature Virgin , starring Elisabeth Moss and Robin Wright was nominated for two 2004 Independent Spirit Awards, including Best Actress for Elisabeth Moss and the John Cassavetes Award. Her second feature, Hounddog , starring Dakota Fanning and Robin Wright was nominated for the Grand Jury Prize at the 2007 Sundance Film Festival. Deborah’s third feature, SPLit , won Best of Show at the 2016 Female Eye Film Festival and was nominated for the Independent Vision Best Film at the 2016 Sarasota Film Festival. Kampmeier made her television directorial debut on DuVernay’s critically acclaimed series “Queen Sugar” in 2019 and followed immediately with two episodes of DuVernay's new series "Cherish the Day." She is currently in development with several projects including her next feature Dirt Rhapsody , as well as her limited series "Pilgrim’s Wilderness."

This March, Kampmeier will be honored at the Female Eye Film Festival in Toronto with a retrospective of her work and “Best In The Biz” tribute.