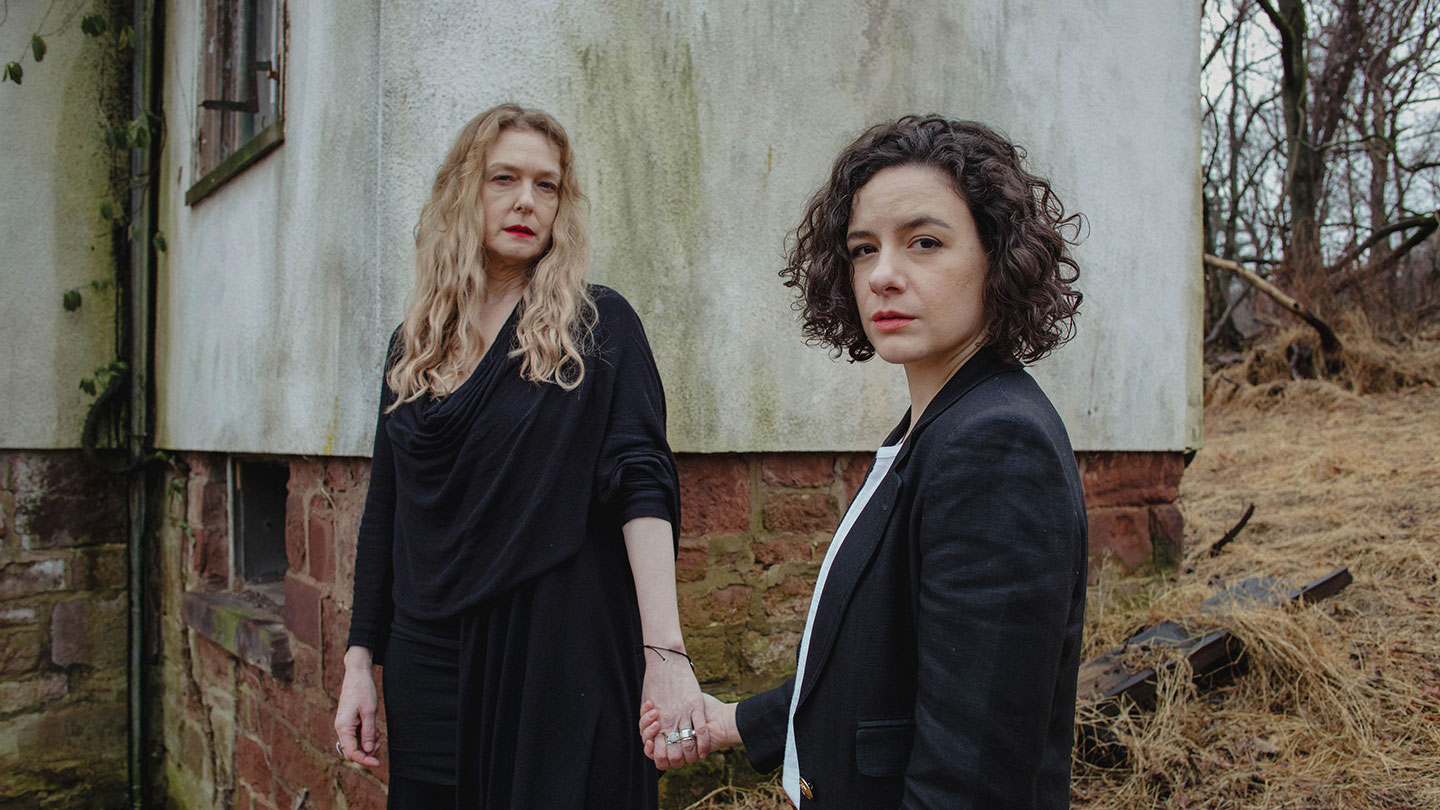 Our Story
Our Story

In 2016 Annarosa Mudd joined Deborah Kampmeier as a producing partner for her production company Full Moon Films. They were preparing for the premiere of Kampmeier’s third feature, Split. At the same time they had each begun writing screenplays to put into development for the company. As they worked together, Mudd continuously struggled to write, so Kampmeier pushed to uncover her block. In the process, Mudd revealed her fear that if her career were to launch into the public eye a TAPE might surface. Kampmeier followed with “tell me more.” As Mudd’s story poured out of her, she revealed a haunting tale that hovered in the gray area of sexual abuse broadening its definition to include coercion . This was prior to the #MeToo and #TimesUp movements and so there was no hashtag and no community to attach to Mudd’s story.

However, Kampmeier, a vionary storyteller feircely dedicated to telling women’s truths, resonated personally with the story, and as it aligned with her three previous films, exploring sexual violence against women, she advised Mudd to speak with a therapist and asked if, after doing so, she would consider honoring Kampmeier with the task of making a film of her story.

Mudd proceeded to find a therapist and dig deep into her truth. After three months she went back to Kampmeier and together they decided to take Annarosa’s story back from her perpetrator’s gaze and turn it into a revelation of her own experience and truth in the form of a film. TAPE.

Kampmeier began her dive into writing the screenplay by asking Mudd what she hoped would happen to her perpetrator. “I want him publicly humiliated and I want to watch the blood splatter when I blow his brains out,” Mudd remembers. Kampmeier was struck by the fury in Mudd’s revenge fantasy and decided to write this into the character of Rosa (Annarosa Mudd), that Mudd could play, as a path of reclamation, of “taking her shit and turning it into gold,” Kampmeier says, a phrase she uses frequently to describe her own transmutations in all of her semi-autobiographical work. Kampmeier then created the character of Pearl (Isabelle Fuhrman), a role that could reflect, word by word and step by step exactly the experience that Mudd had endured, but a role she would hand off to someone else to play.

In addition to one long recorded interview, in which Mudd retold her story, Kampmeier also referred to a series of over two dozen email exchanges between Mudd and her perpetrator, who Kampmeier named Lux (Tarek Bishara). Included in the email exchanges is an audition script, an Oil of Olay infomercial, and other instructions all of which are included in TAPE. 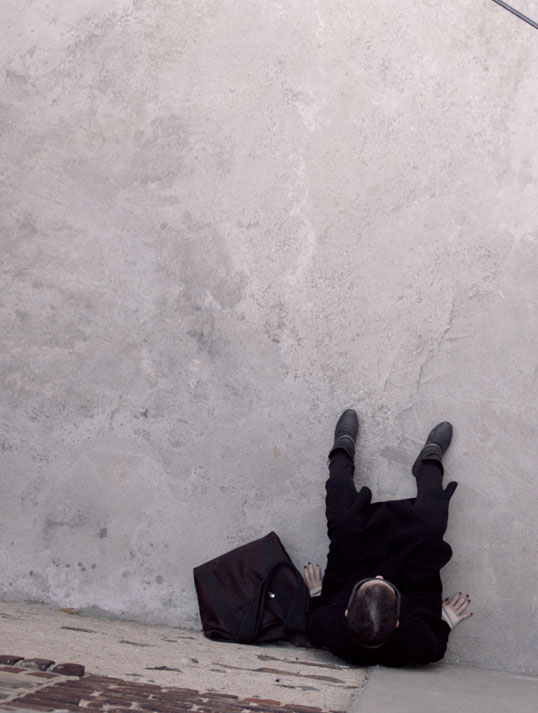 we speak our truths...
to reclaim our stories and take our
power back.

to wake people up
to add our voice to the conversation 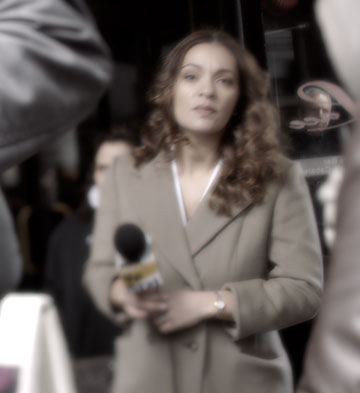 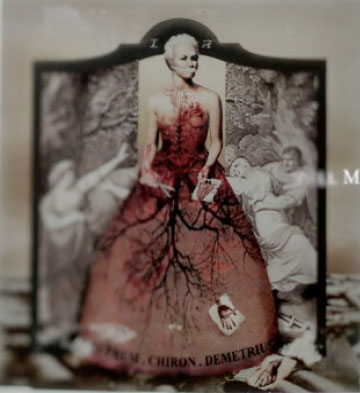 Silencing Women Is An Act of Violence

“Oh and, can you put a little nod to Lavinia, from Titus Andronicus, in there as well?” Mudd requested of Kampmeier. In retrospect Mudd’s intuition was spot on. As it turned out Shakespeare’s Lavinia and the image of her tongue cut out, so she could not speak of her rape, and her hands cut off, so she couldn’t write of it either, became a central symbol in TAPE and a metaphor for the silencing of a woman’s voice after an act of violence or coercion.

This story has been going on forever, since the beginning of patriarchy. Shakespeare wrote about it. This is not a new story by any means. “Oftentimes the silencing can be as damaging as the act itself,” Kampmeier continues. “Reclaiming and sharing your own story is a brave, political and healing act. It explodes the patriarchal gaze and formula, catalyses change, and creates space to amplify more of our stories,” she continues. With this passionate conviction in hand Kampmeier worked on the script for TAPE around the clock and finished it in five days.

“The experience of reading the script for the first time was exhilarating,” exclaimed Mudd. “I felt electrified, like it was changing me on a chemical level. I suddenly could move differently through the world. Like I was once a blur and now I could show up boldly and clearly, and see myself that way too.”

A MeToo Film Before #MeToo

With the completed script in hand, and an understanding of the challenges to get a story like this told, Kampmeier and Mudd decided to shoot the film on a very low budget. To their surprise they quickly found an investor and moved immediately into pre-production. Unfortunately during the first week of prep the financing fell through and the production was stalled...for two years.

It was only after the news of Harvey Weinstein broke, and the #MeToo and #TimesUp movements began, was she able to bring on another investor—Kenneth Romanski. “I remember being in my tractor clearing snow when I got the call from AnnaRosa, a long-time family friend. I had been reading all of the news stories about Weinstein and I couldn’t understand how this coercion could happen to so many women. When AnnaRosa told me about the film and the story she was trying to tell it was the answer to my question, and I felt others needed to know as well,” said Romanski. He spoke to his wife Marie, and the two decided to finance the film, and share this visceral moment-by-moment unveiling of the way ambitious and everyday women are systematically coerced and taken advantage of.

The truth of women’s lives are complex, embodied, messy, charged and diverse. The stories we tell as—and about— women must represent the whole, sometimes uncomfortable truth of our experience.

TAPE shows what happens IN the room and uniquely contributes to the perspective of the gray area of coercion. There is a possibility that a majority of women have experienced this grey area but don't feel they have the right to speak about it.

Men must carry this too

We call upon men to go beyond recognizing our experiences—and begin sharing them with us. It’s time to shoulder this burden together, and begin the transference and co-ownership of this shame. This is still the missing piece.

Silencing women is
an act of violence

Oftentimes the silencing of a woman's voice after an act of violence or coercion can be as damaging as the act itself. Reclaiming and sharing your own story is a brave, political and healing act. It explodes the patriarchal gaze and formula, catalyzes change, and creates space to amplify more of our stories. The survival of our earth depends on women’s stories being told.

In the process of trying to meet the male gaze we perform instead of experience our lives. The training by the male gaze causes women to turn away from their instincts and intuition cutting off parts of themselves like their hands and their tongues, their rage, grief, pain, sexuality and truth.